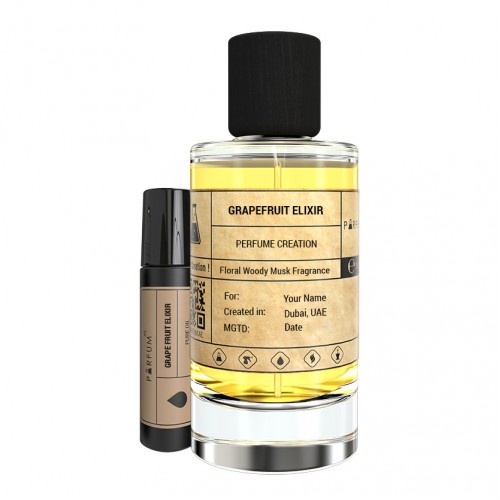 Grapefruit Elixir
Our creation of

In May, Chanel launches Les Eaux De Chanel, a new line of three Eaux de Toilette (Paris - Deauville, Paris - Biarritz, Paris – Venise. The line is named after travels and ties between Gabriel Chanel and certain cities during her career and offer „a sense of freshness that is as emotional as the memory of a journey“. The creations are all signed by perfumer Olivier Polge. In 1915. Gabrielle Chanel discovered Biarritz. This haven of peace by the sea immediately captivates with its simultaneously sporty and sophisticated atmosphere. She chooses this place to open her first couture house in a villa opposite the casino: the elegant yet comfortable lines attract an international clientele and mark the birth of CHANEL. PARIS-BIARRITZ captures the dynamism and freedom of this founding city like a breath of fresh air. Paris - Biarritz is announced as an exeptionaly fresh and vivacious scent inspired by the energy of the Basque coast. The fragrance contains sparkling fruity notes of Sicilian tangerine and lily of the valley.