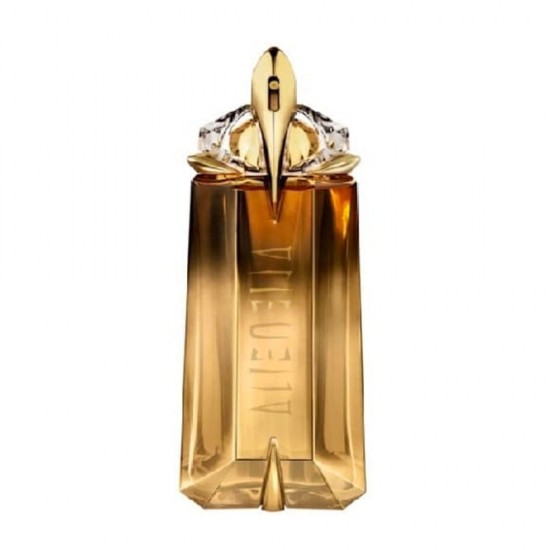 Thierry Mugler did not resist the challenge to present to the market his perfume which contains precious oud in his name and ingredients. Honestly, I expected to see oud firstly in a masculine composition, combined with coffee, woody notes, leather and spices, but in the middle of summer 2015 full-blooded Alien was presented which arrives as an oriental and very spicy version of the original version of Alien. We are already used to Mugler’s ‘kitchen’ in which everything is possible and which has been launching extraordinary versions of the original themes for many years. Its fragrant versions now truly satisfy numerous fans of perfumes because they do not lose quality nor invention regardless that sometimes only small details are in question. The Alien collection has now received another version which contains DNA of the original and plays on traditional Arabic ingredients. ALIEN OUD MAJESTUEUX is another creation for which we can say that its composition is built on a synthesis of East and West, and their contrasts. Sensuality and ardor are the main characteristics of this edition. Top notes of the composition vibrate in rhythm of spices by creating harmony of hot cardamom and flamboyant chords of saffron. The heart provides jasmine flowers typical of the popular Alien, combined with cashmeran, leaving authentic signature of the original composition, surrounded by flavors of precious oud creating a fragrant swirl around the woody-floral blend and making the base mysterious and deep. Composition of the fragrance is characterized as woody-floral with expressive amber. Flacon of the latest Alien takes the form as Alien like EDT and summer limited editions which have been launched for numerous years. Luxury of the ingredients is depicted with color of gold and amber in a flacon iridescent to highlight the body of the flacon. The new Alien arrives in lucky charm flacon with glittery, golden decorations to provide particular charm and energy. It arrives in a box with mirrors inspired by sophistication and femininity. 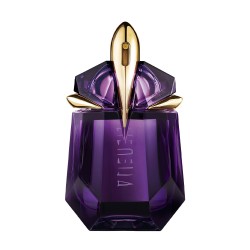 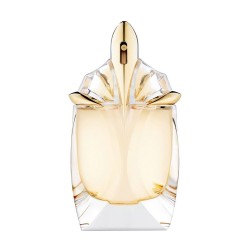 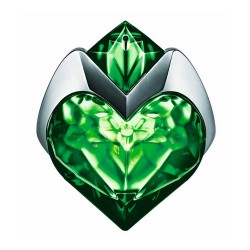