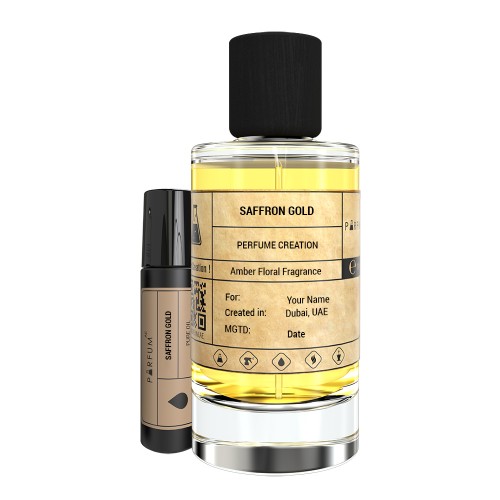 Saffron Gold
Our creation of

By Kilian launches three new versions of the fragrances joining the collection Arabian Nights, initiated in 2009 with Pure Oud. The fragrances have been introduced exclusively at the Harrods Salon de Parfums, and arrive in 50ml refillable flacons. Gold Oud, Extreme Oud and Black Oud are not the only three editions launched this year. They were preceded by Eternal Oud, in the same flacon form and luxurious outer carton with the upper plate in golden color and Arabic calligraphy engraving. Gold Oud is a fragrance inspired by composition of Rose Oud, with a large dose of natural oils from Cambodia. Gold Oud was launched in 2014.